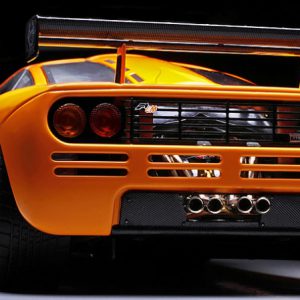 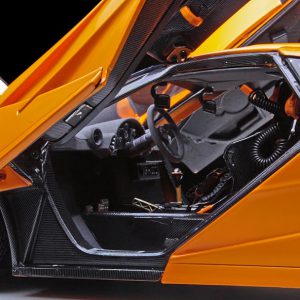 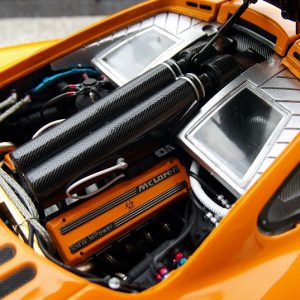 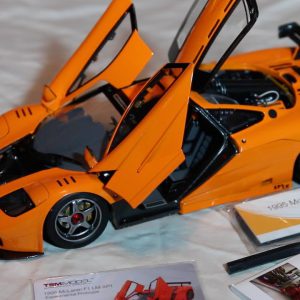 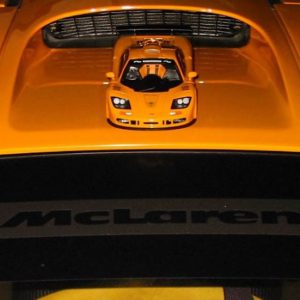 In late 1995, five McLaren F1/LMs were built in honor of the five McLaren F1 GTRs which finished the 1995 Le Mans, including taking the overall win. Although only five F1 LMs were sold, a sixth chassis exists in the form of XP1 LM, the prototype for modifications to the existing F1 to form the new F1 LM. This is the car this model depicts.

This extremely detailed 8.5″ long diecast model comes with opening cowl, butterfly doors, and engine hatch. The edition is limited to 3000 pieces worldwide. Each model is sequentially numbered on a engraved metal plaque on the bottom.

Note – this is part of a long sold out edition, and we have only one left in stock!   (TSM)