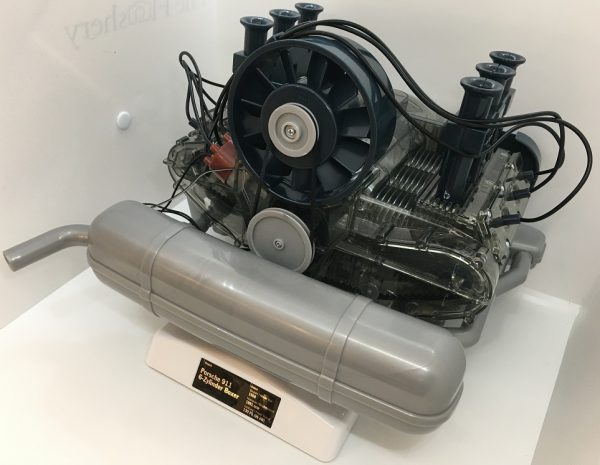 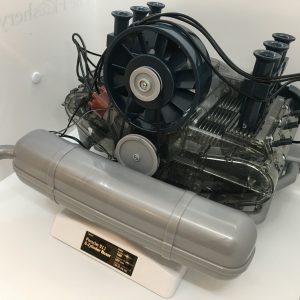 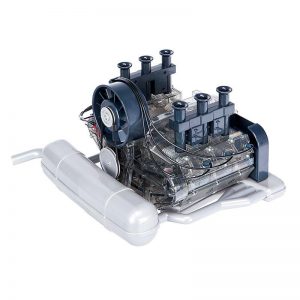 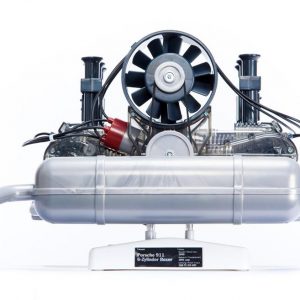 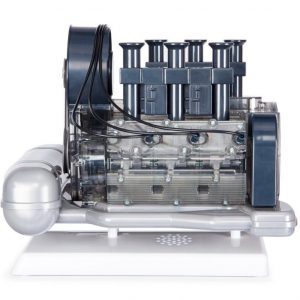 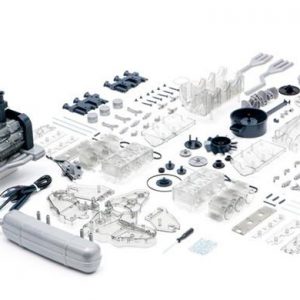 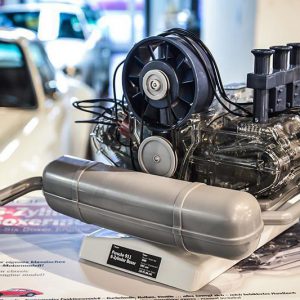 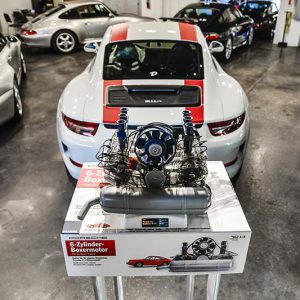 This is an intricate large scale model of the iconic Porsche flat six motor built using original blueprints from the factory, and is the first in a series of scale motors that were offered by Porsche Museum. It features see-through valve covers to reveal the rotating interior engine components and illuminated ignition. The model contains 290 pieces and is fully assembled and functional  (note: requires three AA batteries). It utilizes a series of red diodes to show the firing order of the spark plugs. There is even a speaker hidden underneath that produces engine noise. The model measures 13 x 11 x 9.5″.  (Franzis)  (NI20M)