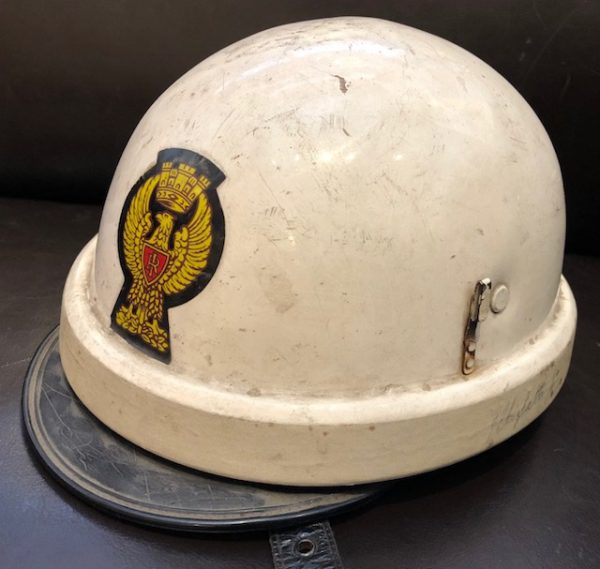 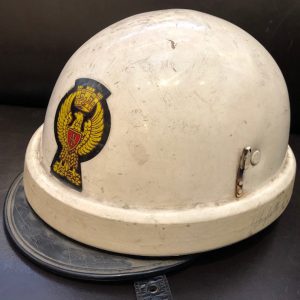 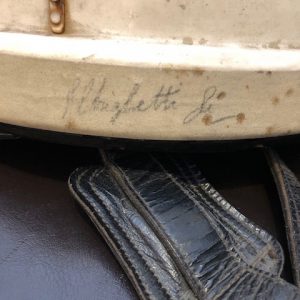 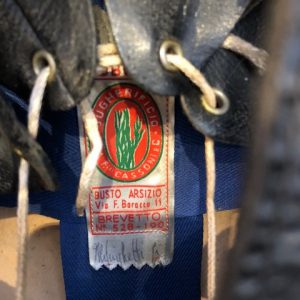 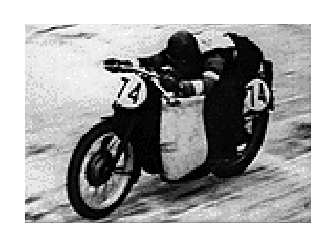 The sticker on this original Sugherificio Cassoni Ubott  brand helmet shows an eagle with ‘IR’, a logo which was also used by the police in Italy after 1945.

The story of this driver is discussed in the book Piloti che Gente. The motorcycle division of Scuderia Ferrari  shortly equaled the success of its four-wheeled stablemates, winning and placing with stunning frequency. Rider Giordano Aldrighetti had particular success in 1932, winning almost every 250cc and 350cc event entered, including a Gold Medal in the ’32 ISDT.  Aldrighetti’s greatest success in motorcycling came when he won the 1937 Italian GP riding for the works Gilera team, setting a new lap record of 111 mph (179 km/h) in the process. He crashed heavily at the 1938 Swiss GP and was forced to retire from motorcycle racing due to his injuries.

He turned to car racing by joining the Alfa Corse team for 1939. Driving an Alfa Romeo 158, he competed in the 1939 Tripoli GP, where he retired. In August he was entered for the Coppa Acerbo, held at the Pescara Circuit in Italy. He crashed heavily in practice and was thrown out of his burning car; although he appeared to have survived the accident, he died that night from internal injuries.