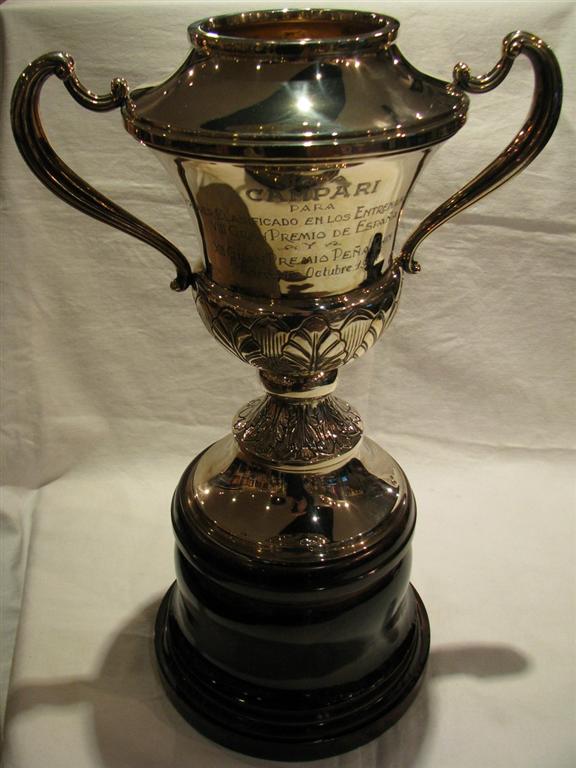 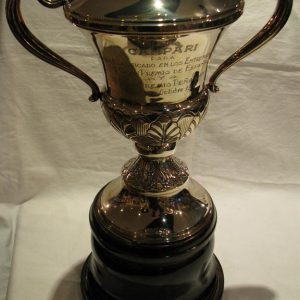 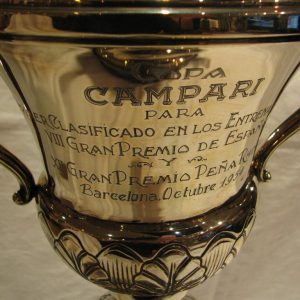 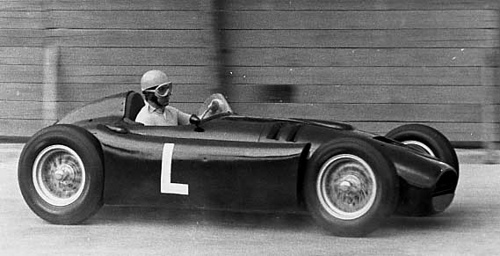 This rare original trophy was awarded to Ascari for achieving Pole Position during the debut race of Vittorio Jano’s masterpiece Lancia D50 at the Pedralbes circuit in Barcelona Spain.  This museum quality trophy is large and measures 17.5″ / 45cm tall including wooden base. It is dated Barcelona October 1954 and bears a silver hallmark on the base rim.