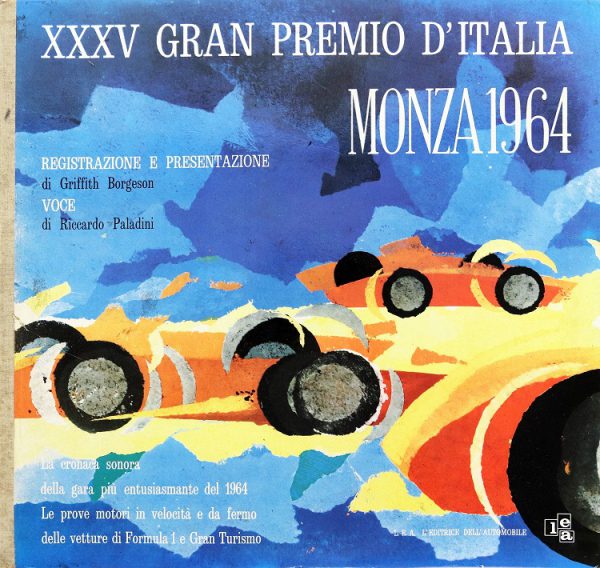 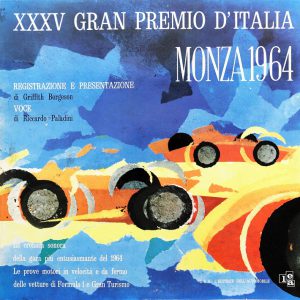 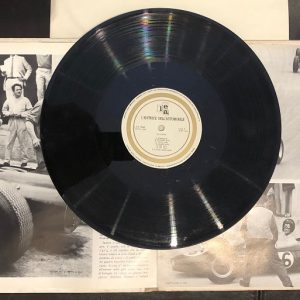 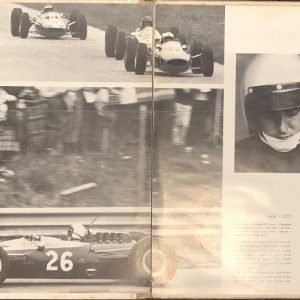 This rare Italian record album (12.5 x 12.5″) was published for the XXXV Grand Premio D’Italia Monza.  It includes a vinyl 33 LP recording including the audio from the race start and finish. Inside the album pages are some beautiful period photos of John Surtees, Lorenzo Bandini, Bruce McLaren and their cars. This ‘sounds of racing’ album is the perfect gift for the motorsport audiophile!

The disc contains 16 tracks of audio from the F1 cars at Monza and other notable cars like the Ferrari 250 GTO and Porsche 904 GTS.

The race was won by John Surtees in the Ferrari 158 followed by Bruce McLaren in Cooper Climax and Lorenzo Bandini in the sister Ferrari.