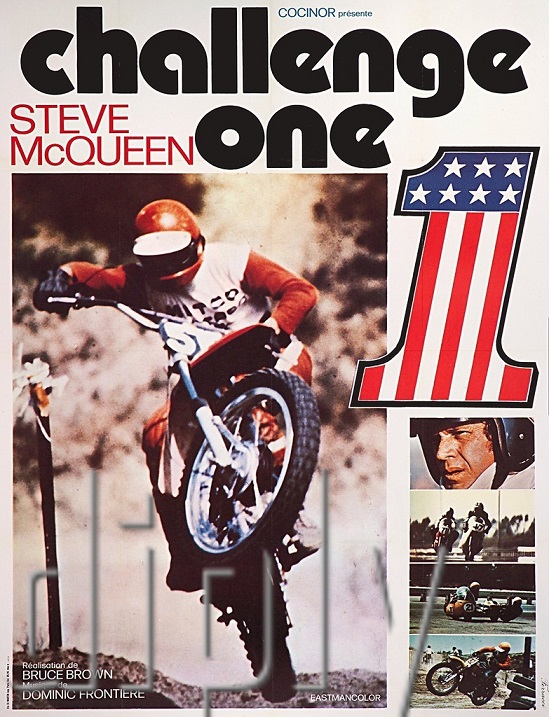 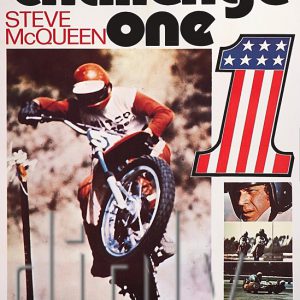 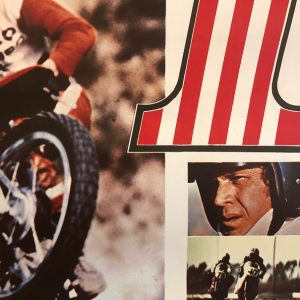 This is a rare original movie poster for Steve McQueen’s On Any Sunday  film which was dubbed ‘Challenge One’ in France. This dynamic poster from 1972 features stills from the movie, including a shot of McQueen on a motorcycle in the center. At the top is the title Challenge One  in black block lettering, with the number 1 at right inset with an American flag. The huge poster is in very good condition, linen mounted and measures over 5 feet tall  (47×63″).

On Any Sunday is a 1971 American documentary about the sport of motorcycle riding and racing featuring Steve McQueen. The film was directed by Bruce Brown, who attempted to show the unique talents needed to race motorcycles. He highlighted the motorcycle ‘greats’ and featured multiple popular racers from the 1960s and early 1970s. The film was nominated for an Academy Award and for Best Documentary Feature in 1972.