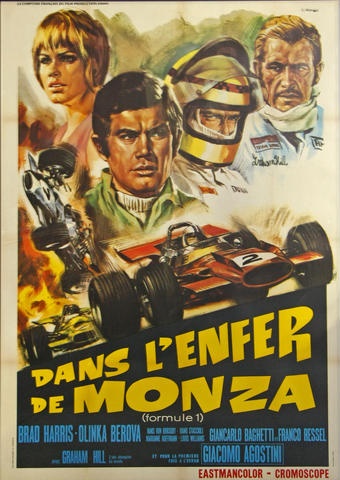 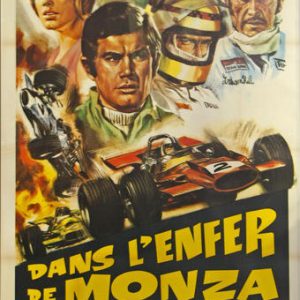 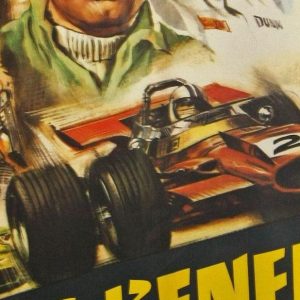 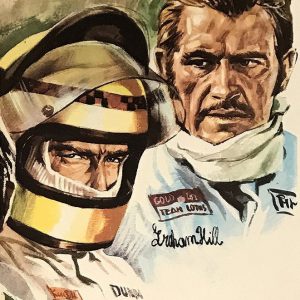 This huge original poster measures over 5 feet tall  (47×63″ / 119x160cm) and has been linen mounted so that the period fold lines have been minimized.

The film starred Giacomo Agostini, Graham Hill & Giancarlo Baghetti, who can be seen on the artwork with a stylized F1 car.

This was an Italian/German co-production also marketed as Nell’Inferno del Grand Prix, Formel 1, and Maniacs on Wheels.

The film included a lot of stock footage from the 1968-69 F1 seasons although it was supposed to be about the 1972 Italian GP at Monza.