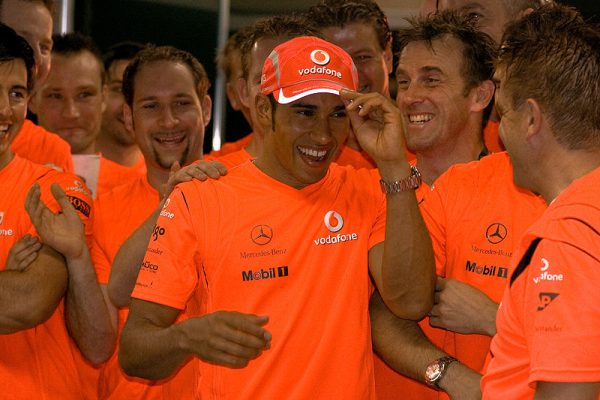 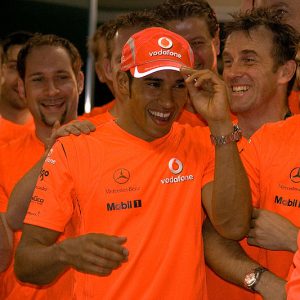 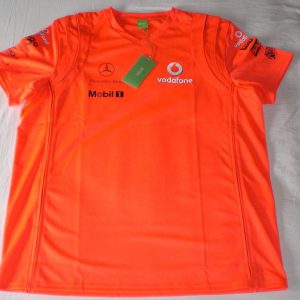 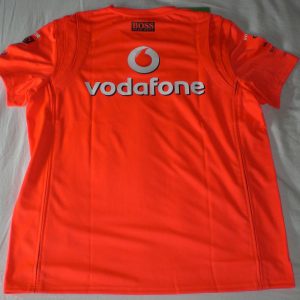 These super rare original team issue only shirts were not meant for commercial sale.  Lewis Hamilton and the McLaren team wore these exact shirts in the Championship Year with the McLaren MP4-23 Mercedes.

The special issue orange version was worn after each victory! We have one new one with bag, in XL.