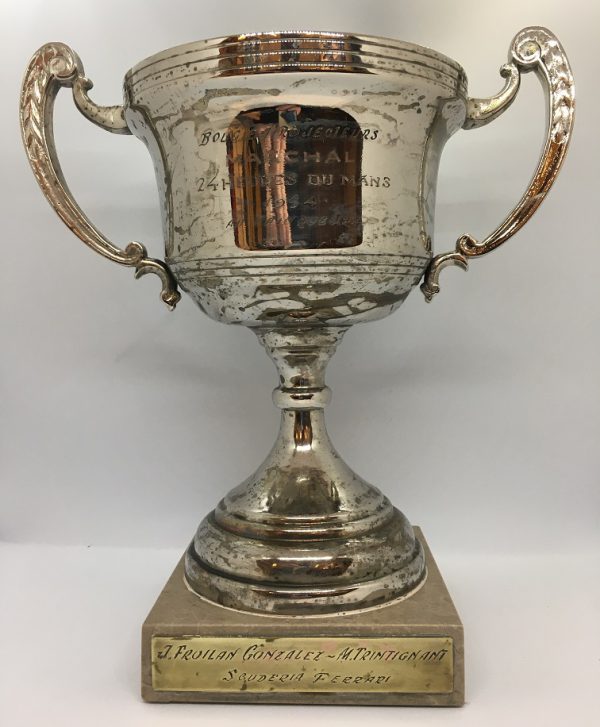 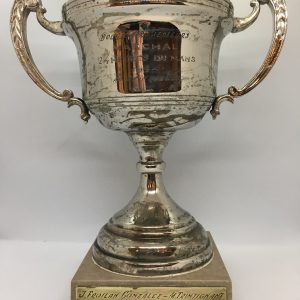 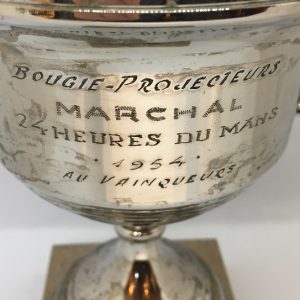 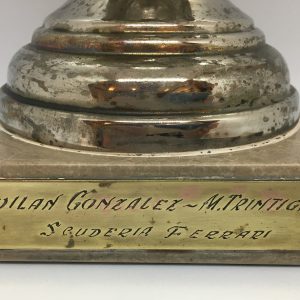 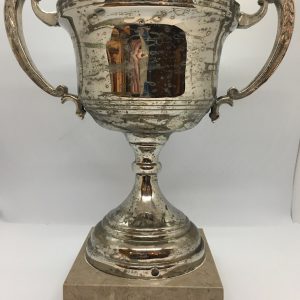 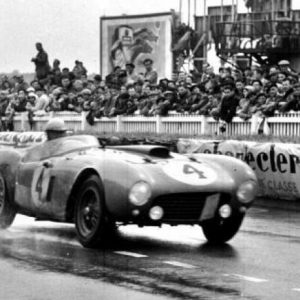 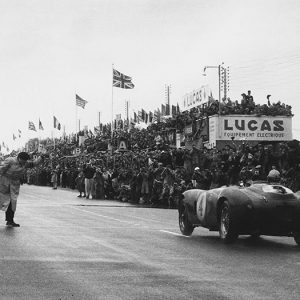 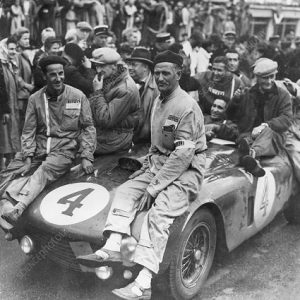 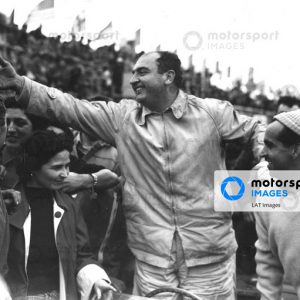 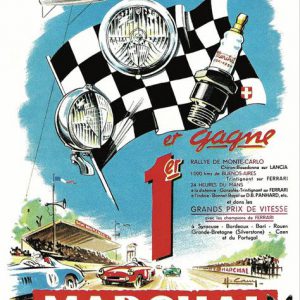 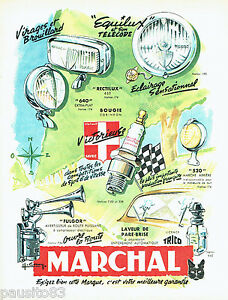 Marchal ‘bougie projecteurs’  headlights were used on the winning car, and showing here are two period ads that celebrated this fact.

Gonzalez earned a very special place in Ferrari history on this day as three years earlier he had scored Ferrari’s first F1 victory. Now, in his last appearance at La Sarthe, he also gave the second victory for the Scuderia Ferrari at Le Mans.

This is an extremely rare and significant piece of Le Mans and Ferrari history.   (AC1)