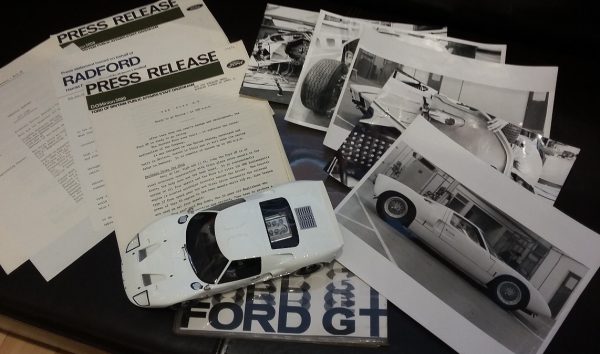 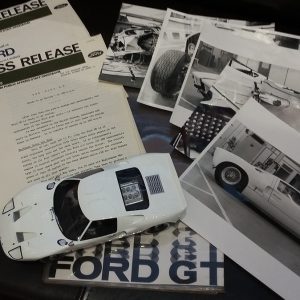 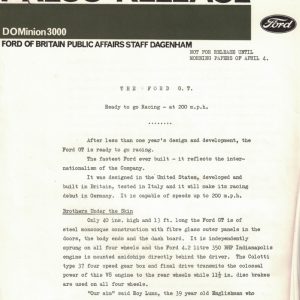 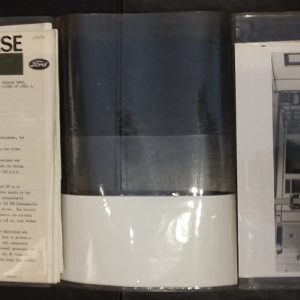 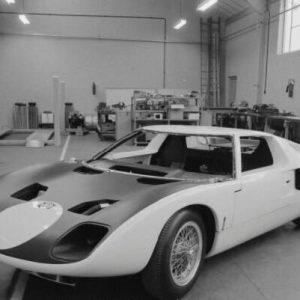 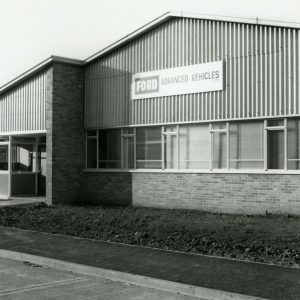 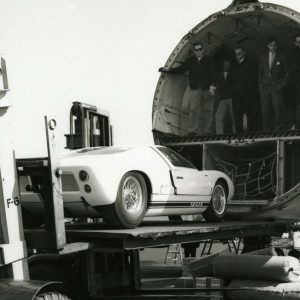 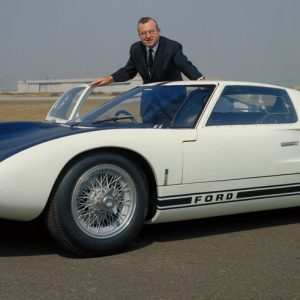 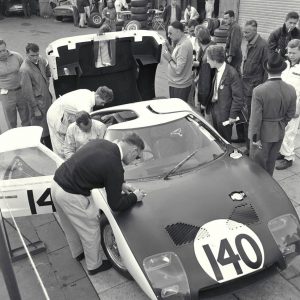 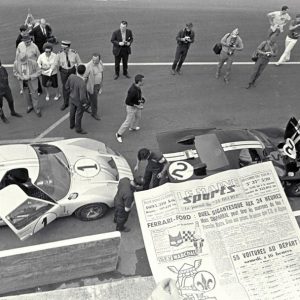 This original press kit from the Ford of Britain Public Affairs Staff contains 15 typed pages of information pertaining to the prototype racing car, its development, and biographies of key personnel. Included are five 8×10″ glossy black and white photos of the prototype, one Ford GT logo card and a tri-panel plastic folio. All of the items are in very fine condition.

The bios contain information on the key players in the new international program (built at Ford Advanced Vehicles in England) which produced the cars that would become the GT40 a year later – John Wyer, Eric Broadley, and Roy Lunn. The press release also goes on to describe the aims of the project, various specifications of the vehicle, results of testing, details of the parts suppliers and more. It also notes how the prototype was flown to New York City by B.O.A.C. for its surprise debut at the New York Motor Show. The documents are marked “Not for release until morning papers of April 4”.

This is an incredibly significant piece of sportscar racing ephemera which documents the very first salvo fired by Henry Ford in his war with Ferrari, and the beginning of one of the most famed rivalries in the history of motorsport that saw the eventual domination of Ferrari by the GT40s at Le Mans.

This would make a wonderful gift for the GT40 or Ford GT owner or enthusiast – we have never seen another!