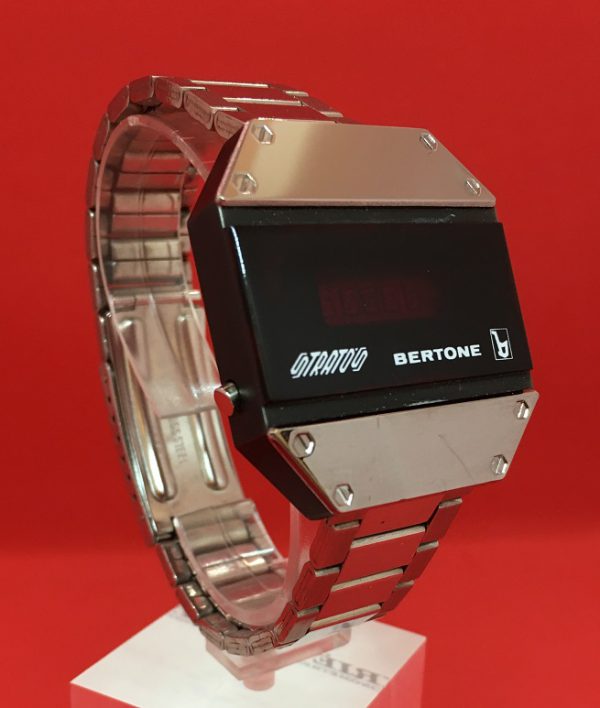 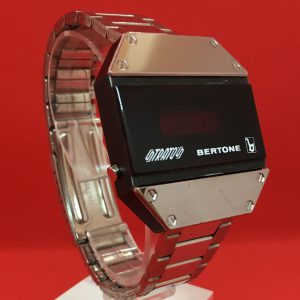 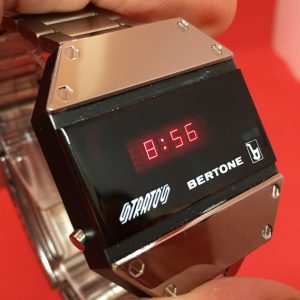 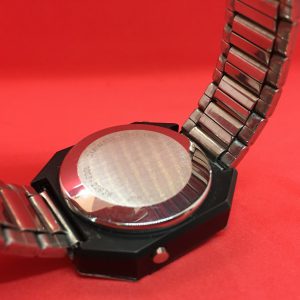 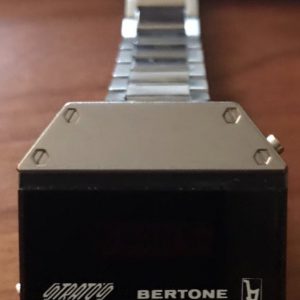 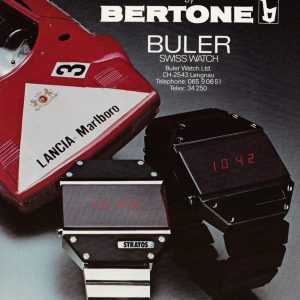 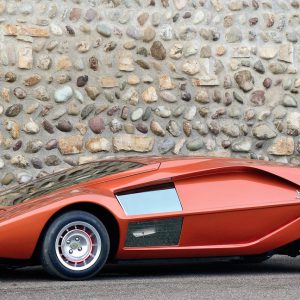 In 1970, famed Italian coachbuilder Bertone sculpted the futuristic-looking Lancia Stratos HF Zero Concept for display at the Turin Motor Show. It was a dramatic departure from the production model that shared the same name, but it was still stunning nonetheless. The car even made a cameo appearance in the 1988 Michael Jackson film Moonwalker.

Just a few years later, it spawned a series of limited edition watches to go along with it. Bertone produced just a handful of examples of the Stratos watch in 1975 for the brand Buler, each one hand-crafted by Nuccio Bertone, former CEO and son of company founder Carrozzeria Bertone.

Our example is clean and the digital is functioning. The watch and strap are both is finished in steel as opposed to the more common plastic model that was also made. The stamped back reads “Buler Watch LTD Swiss Case.” Its unique face shares a number of similarities with the concept car, and the LED screen, though not exactly modern by today’s standards, replaced the typical LCD setup found in most watches of the day and comes powered by a Hughes Aircraft n.206 module.

This watch is in fine condition and functional but with some wear to the case and no box or papers.