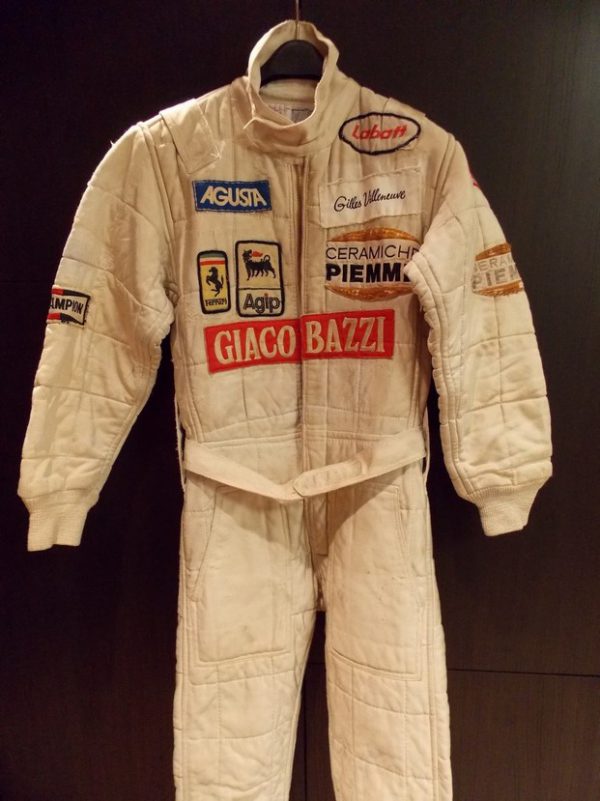 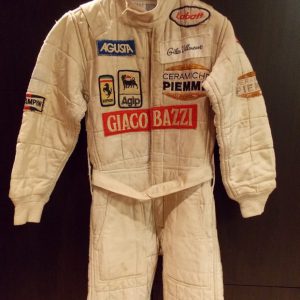 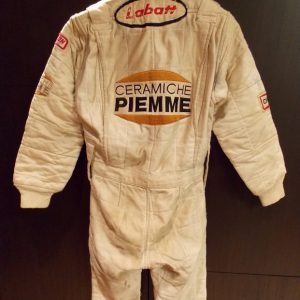 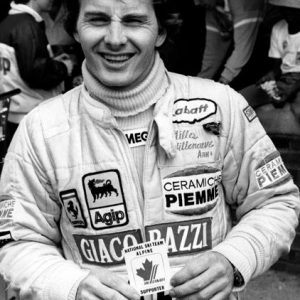 This cream Simpson suit was produced ’10-80′ and used in 1981 in the 126 CK and again in 1982 while in the Ferrari 126 C2 Turbo. It was heavily worn, probably for more than six GPs, including the 1982 South African GP where he qualified 3rd. Over the two years many patches were removed and added, which is common with Gilles suits.

This rare uniform is one of the last ever worn by arguably one of the greatest Ferrari drivers ever.