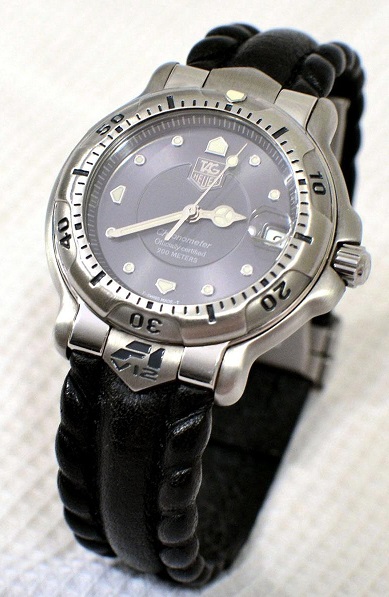 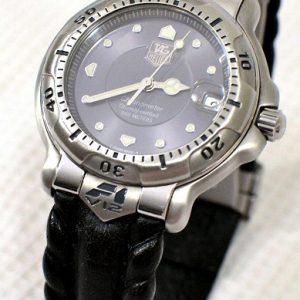 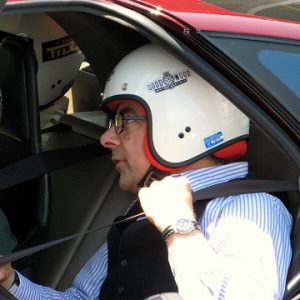 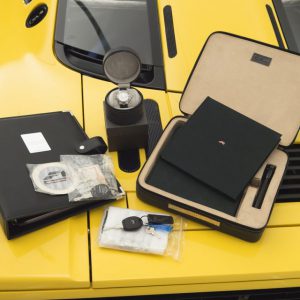 This original automatic watch has a silver dial with applied hour markers and a distinctive leather braided strap. At the bottom lug is the lettering “F1″ with “V12″ written underneath, and these markings are identical to the script on the steering wheel of the car. As McLaren did not end up selling as many F1s as expected, TAG Heuer were left with some spare watches, which were slightly modified and given or sold to employees and customers.

It is in very good original condition and complete with factory box and cushion holder.

You can see Rowan wearing his inside chassis 061 (thanks Greg!) and another one sitting on chassis 060.