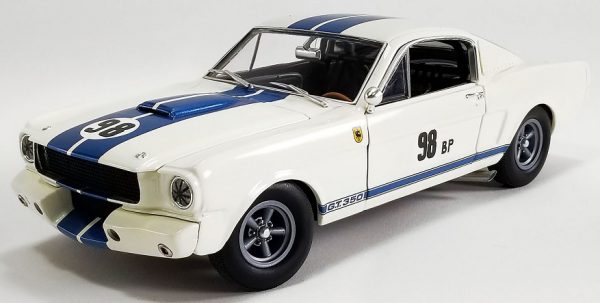 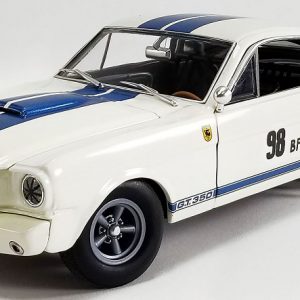 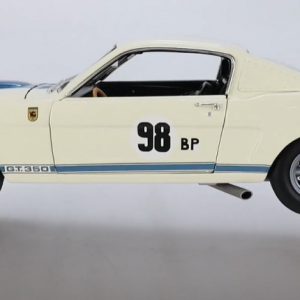 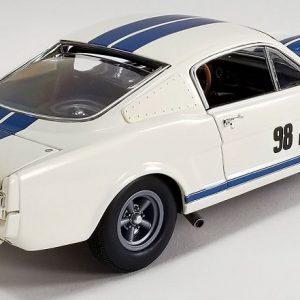 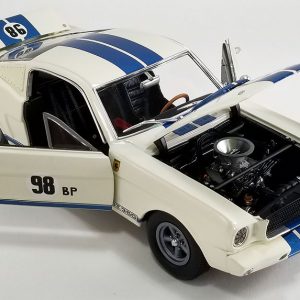 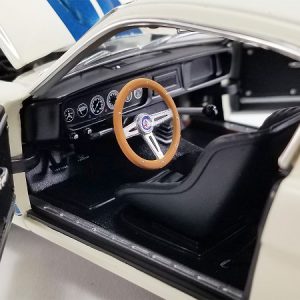 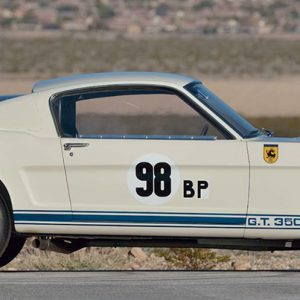 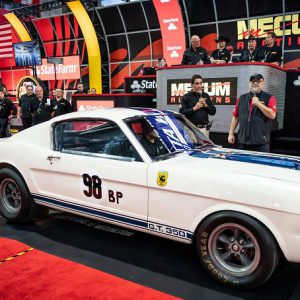 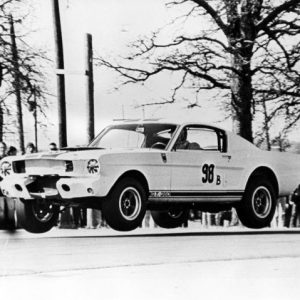 It was Valentines Day, February 14, in 1965, and it was the first time a GT350 Competition, more commonly known as the GT350R, was entered into a sanctioned race, in this case an SCCA event. Miles was the driver, and he won the race, proving the capability of the GT350R in the process. He also got the car airborne at one point, with that image—all four wheels in the air—forever etched in Mustang history. The stunt earned the car its famous Flying Mustang nickname.

This detailed diecast metal model measures 8.5″ / 22 cm long and features opening surfaces to reveal interior, engine and chassis detail.  It is quite limited, but not numbered.  (Acme)  (x2xx)