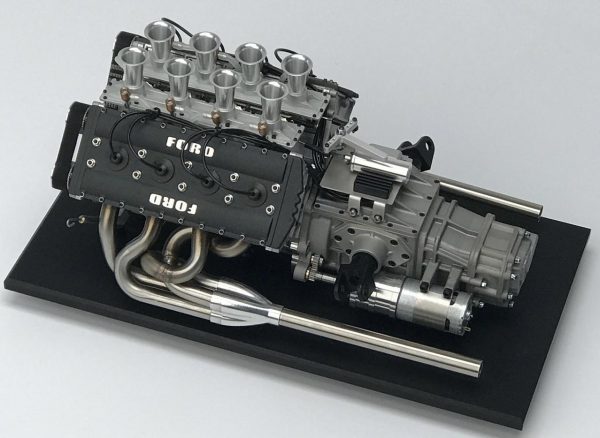 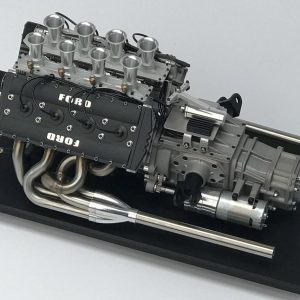 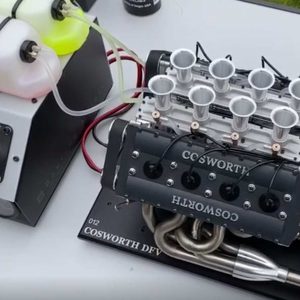 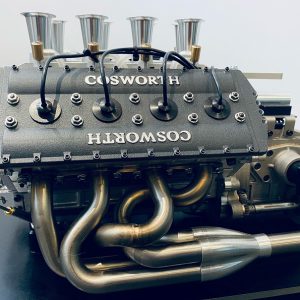 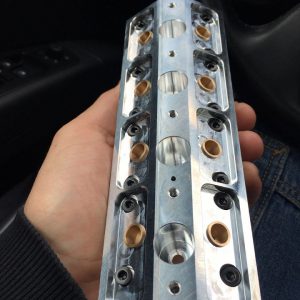 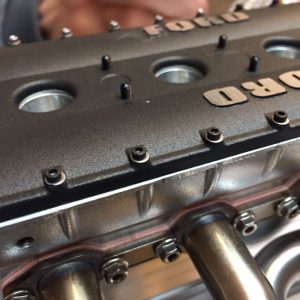 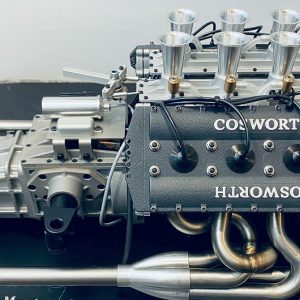 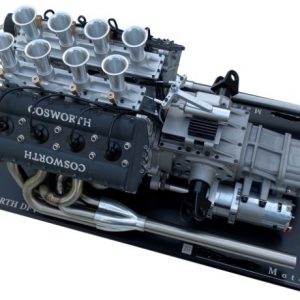 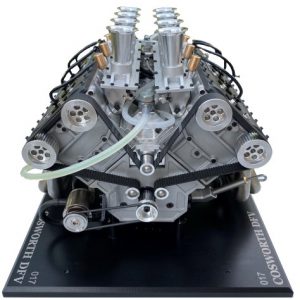 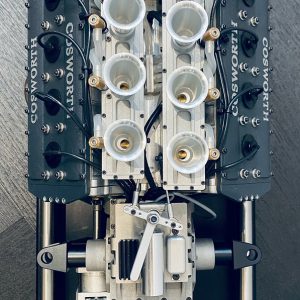 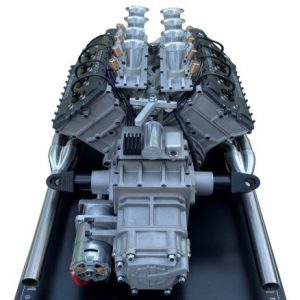 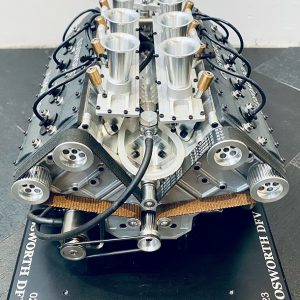 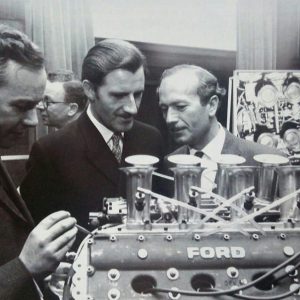 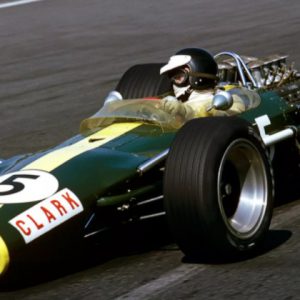 This large scratch built metal model is an exact recreation of the legendary DFV (Double Four Valve) V8 powerplant. Lotus, McLaren, Matra, Brabham, March, Surtees, Tyrrell, Hesketh, Lola, Williams, Penske, Wolf and Ligier are just some of the teams to have used the DFV. In 1969 and 1973 every World Championship race  was won by DFV-powered cars, with the engine taking a total of 155 wins from 262 races between 1967 and 1985!

This masterpiece was hand built by a team of Dutch craftsmen after 3 years of extensive research and development. It is constructed from various machined metals, and is comprised of over 1200 parts. This impressive fully working engine has a capacity of 76cc and can rev up to 10, 000 rpm!  Just add methyl-alcohol and listen to the rumble of the working motor.
(The second image is an operational video).

This is part of a small edition of 50 units, complete with our gallery certificate. (xK5.51Ux) (x1xx)