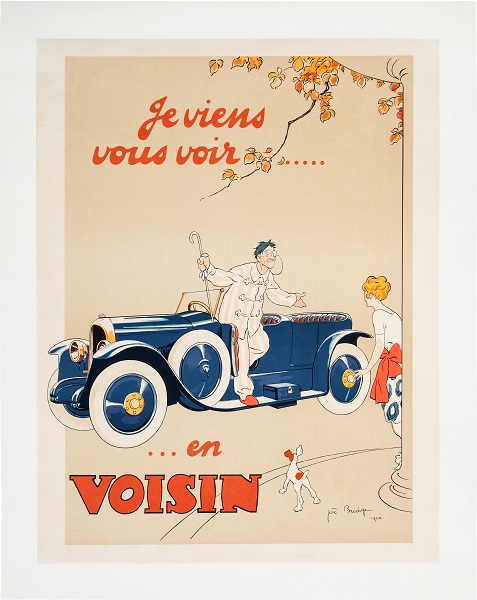 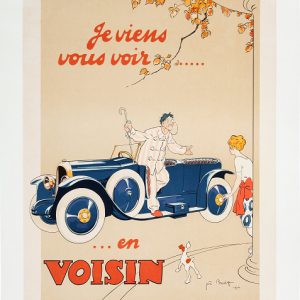 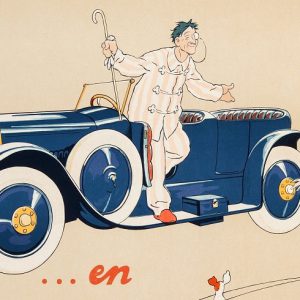 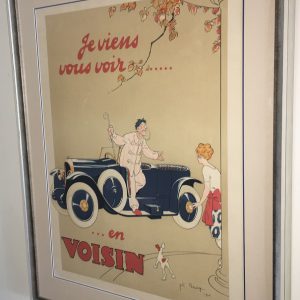 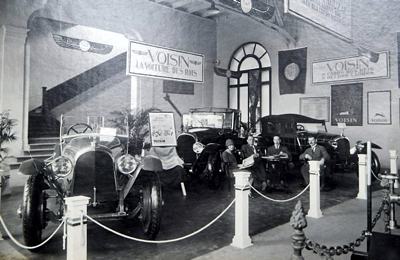 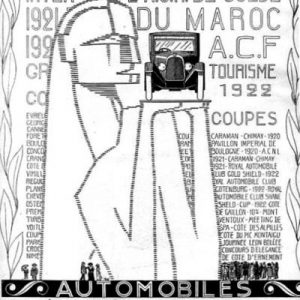 This rare original poster features lovely period artwork by Joe Bridge. It has been professionally mounted on linen and tastefully framed (27.5×35″ / 70×89 cm).

This is perhaps the first attempt in automobile advertising to characterize a vehicle as a “chick magnet.” Even the little puppy seems impressed as a gentleman emerges from a grand automobile saying [translated], “I’m coming to see you in a Voisin.”

One of the most significant designers of the early 20th Century, Gabriel Voisin’s remarkable achievements in automobiles, aviation and architecture represent the Art Deco era at its best. Voisin’s designs include the first aircraft to take off under its own power and sustain flight (1907), the C6 Laboratoire racecars that triumphed over Bugatti (1922) and some of the world’s first modern prefabricated homes (1920).