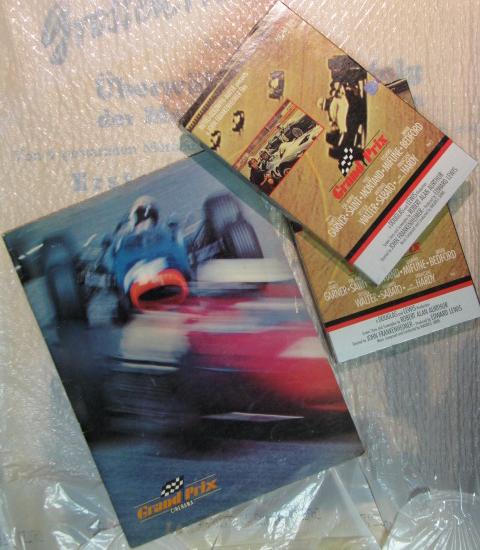 This is an original full color program from the world premier of the movie. It’s printed on hard paper and measures 8×12″ and is 22 pages long. It includes a detailed biography on all actors and drivers that appeared in the film.

Very few of these were produced in conjunction with the first release of the movie in 1966. It is complete with two original first release VHS movie tapes – part I & II (1987). Some lovely photos are shown in this as well as words from producer John Frankenheimer.