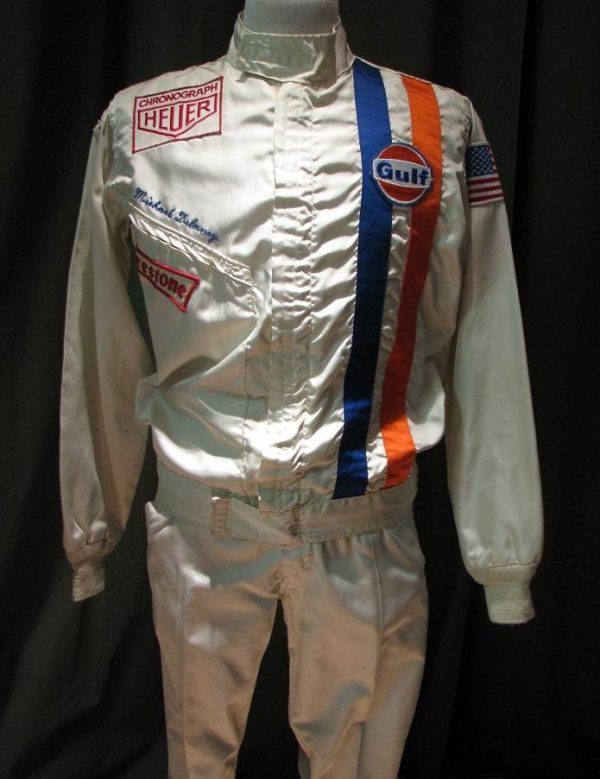 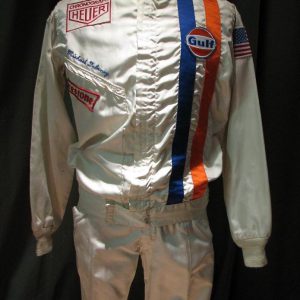 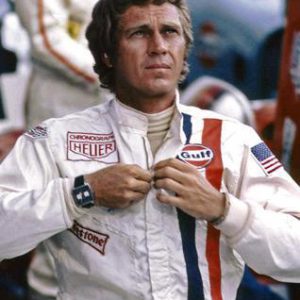 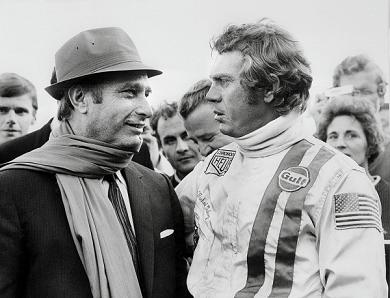 This is the original suit worn by Steve McQueen while filming the epic movie Le Mans in 1971! It is a two piece nomex cream uniform made by Hinchman of Indianapolis. The uniform bears the name Michael Delaney as well as all of the other pertinent sponsors – Gulf, Heuer, Firestone, and the American Flag. It shows good signs of use and is fully documented, having been donated by Solar Productions/MGM to a British newspaper for a Le Mans themed contest in 1971. It was presented to the winner by none other than Richard Attwood, who not only won Le Mans, but also drove the Porsche 917K Gulf in the movie. This is all documented.

This is a fantastic, museum quality item with superb provenance, email for more details.