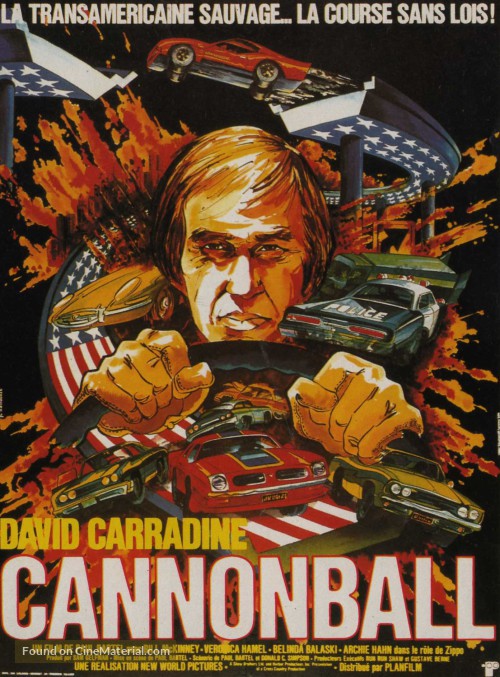 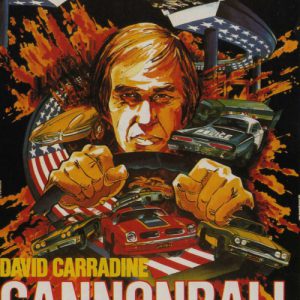 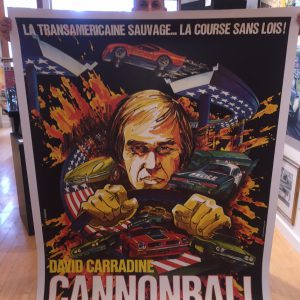 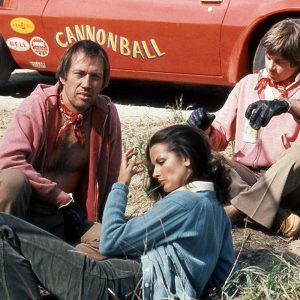 This large original poster is in excellent condition and linen mounted and measures over 5 feet tall  (46×63″ / 117x160cm). The film featured David Carradine and the artwork shows some of the various cars used like the Chevrolet Camaro and Jaguar E-Type.

The name of the film and the plot were inspired by Erwin G. “Cannon Ball” Baker, who traveled across the United States several times, and by the Cannonball Baker Sea-To-Shining-Sea Memorial Trophy Dash, an illegal cross-continent road race introduced by Brock Yates to protest against the 55 MPH speed limit. It later inspired many other races such as the GumBall Rally. (AMPF)

What an awesome piece of Americana!