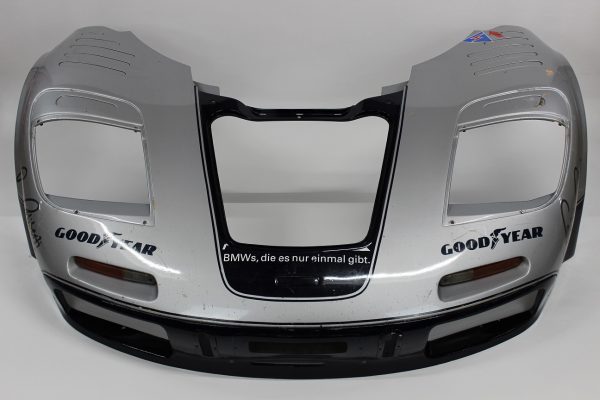 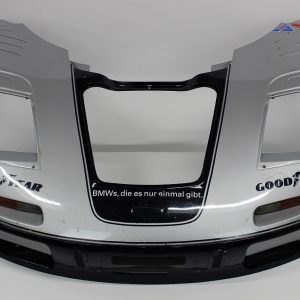 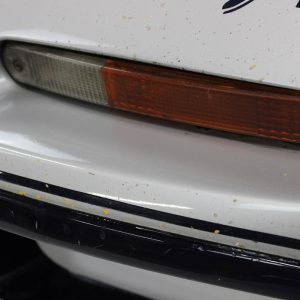 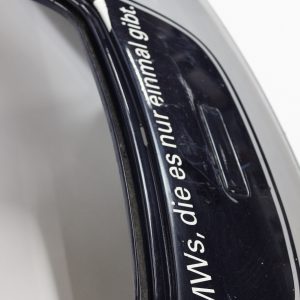 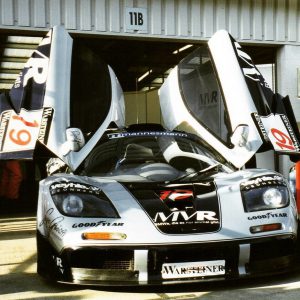 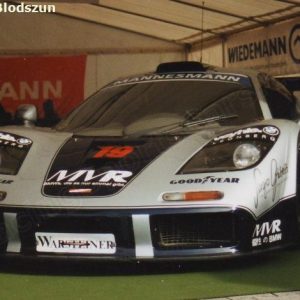 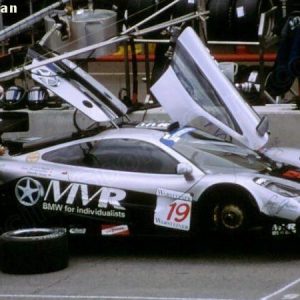 This is a rare original part for display – the very distinctive carbon fiber front end from McLaren F1 GTR chassis 06R, the car that raced in MVR  (Martin Veyhle Racing) livery during the 1997 FiA GT1 season. The large bonnet measures 191x152x50 cm / 75x60x20″ and is in very good ‘raced’ condition.

This will surely make for a beautiful display piece from the $20M+ supercar!

McLaren F1 GTR chassis #06R was campaigned successfully throughout the 1995 and 1996 seasons with Mach One Racing, and is one of the longest serving examples of the McLaren F1 GTR in competition. The Harrods-sponsored #51 was famously one of seven McLaren F1 GTRs to compete at the 24 Hours of Le Mans in 1995, and was driven to the final podium position by multiple Le Mans race winner Derek Bell, his son Justin, and Andy Wallace. After this result, the team went on to win the final three races of the BPR Championship.

The following year, the team enjoyed another strong campaign. Oliver Grouillard joined Derek Bell and Andy Wallace in the line-up for the 24 Hours of Le Mans, and finished a commendable sixth. The team also claimed a win at Silverstone in the Global GT Endurance championship.

In 1997 chassis 06R was repainted from the yellow Harrods livery to Silver and Black and raced in the FiA GT1 series by MVR  (Martin Veyhle Racing) and if you look at our detail shot, you can see the original yellow paint under the stone chips.