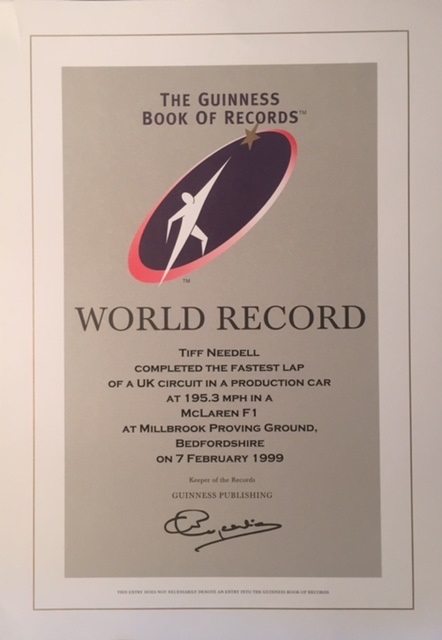 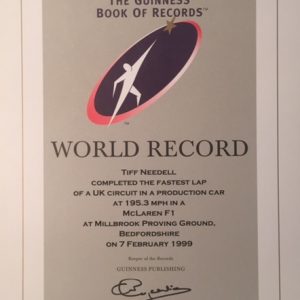 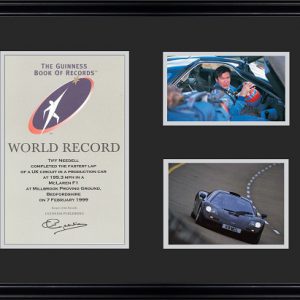 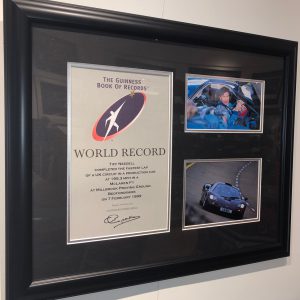 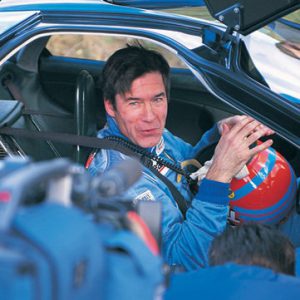 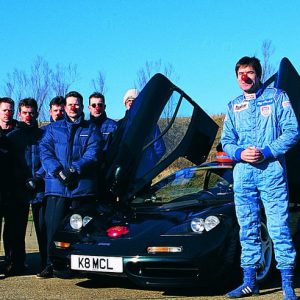 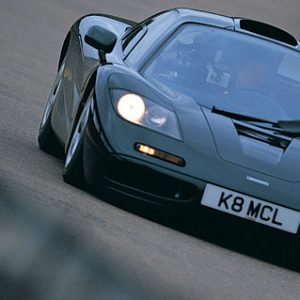 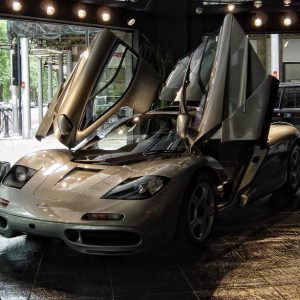 In March, 1999 BBC’s Top Gear, in conjunction with McLaren Automotive, McLaren F1 XP5 set a new UK closed circuit record in aid of the Comic Relief charity. Driven by Tiff Needell, XP5 once again set the fastest lap record on a British circuit averaging 195.3mph around the two mile banked track at Millbrook Proving Ground in Bedfordshire. This was the third proving ground record set by the McLaren F1, a phenomenal achievement by a truly spectacular road car. This Guinness certificate attesting to this feat was proudly displayed in the London McLaren showroom on Park Lane from 1999 to April, 2004.

This original certificate measures 9.75×14″ and is in excellent condition. To the rear it has been stamped with an issue date by the Guinness recorders and it has been tastefully framed as showing (22.5×18.5″ overall).