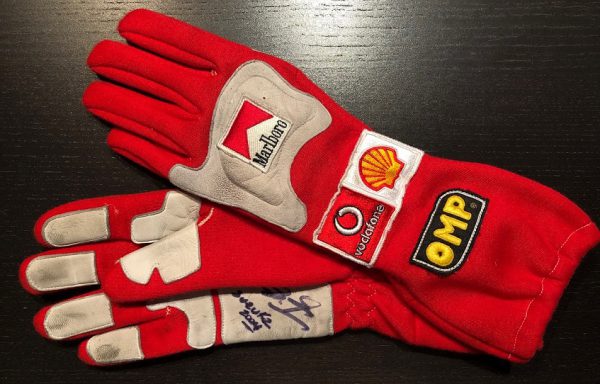 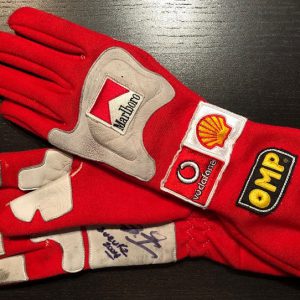 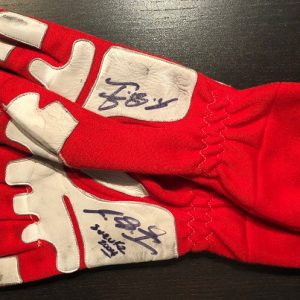 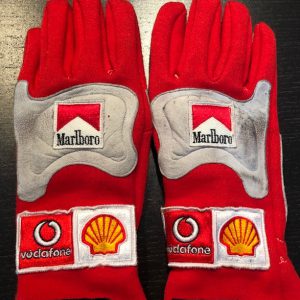 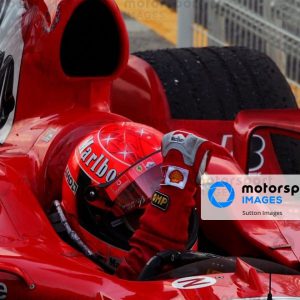 This pair of red OMP nomex glove were used in the Ferrari F2004 to victory at the 2004 Japanese at Suzuka. They show great signs of wear and have been signed and race dated by Michael on the palms. You can even see the soiling on the right glove, beside the Marlboro patch, which matches our reference photo from race day perfectly! Inside they are coded to the production date as well. What makes these gloves even more historically significant is that Suzuka was Michael’s last win in his best season ever, his 7th of 7 Titles.

Schumacher achieved Pole and Victory at that historic event, during his 7th World Championship season.

We have sold over 50 pairs of Michael’s gloves over the years and know his items inside and out.