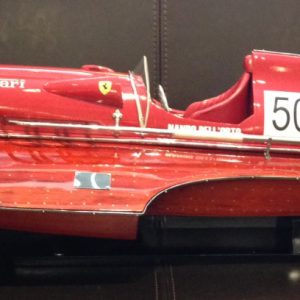 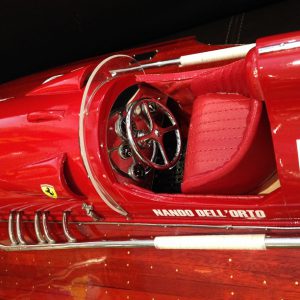 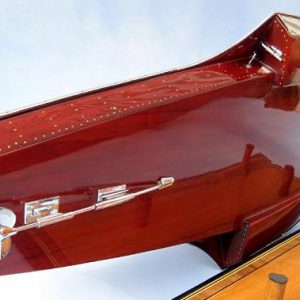 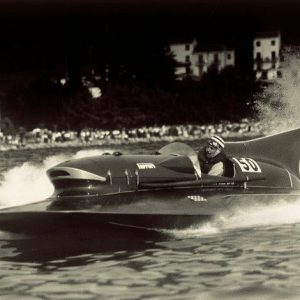 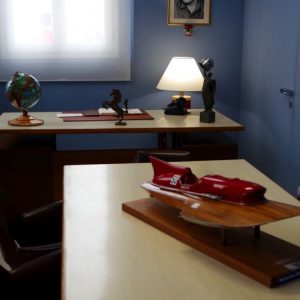 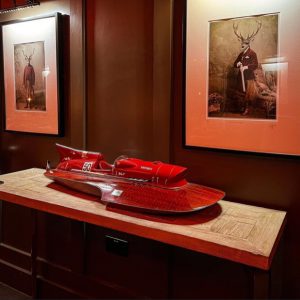 This large scratch built Ferrari Arno XI model measures 3 feet long  (36″ x 13″ x 8″) and features plank on frame construction. The hood is wood (thin and light) and the hull is made of Heartwood Honduras Mahogany. There are 11 layers of paint and varnish and hundreds of true scale copper nails. It is complete with wooden display base.