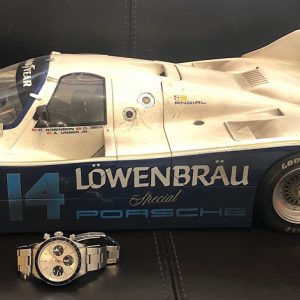 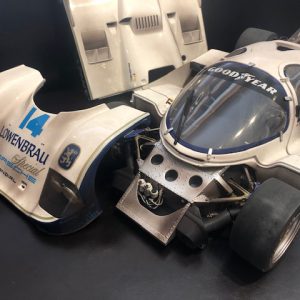 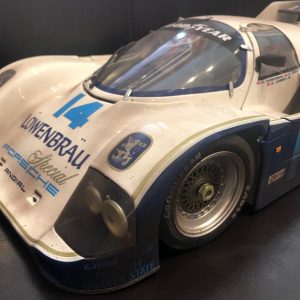 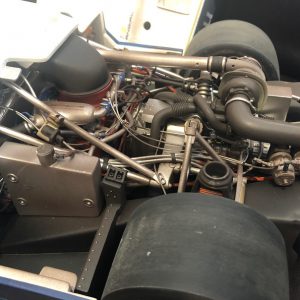 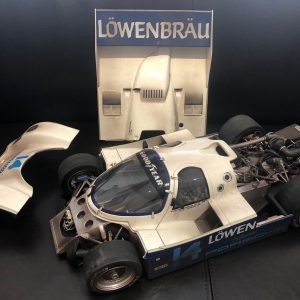 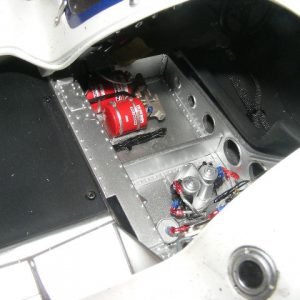 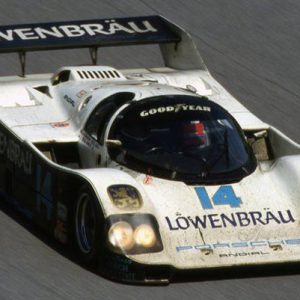 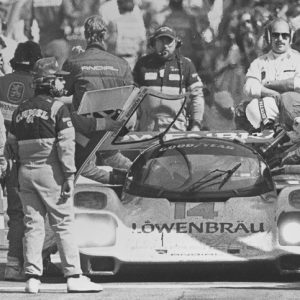 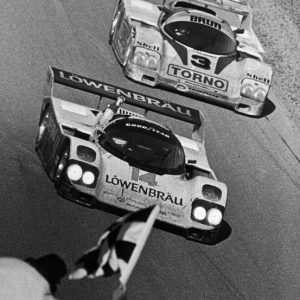 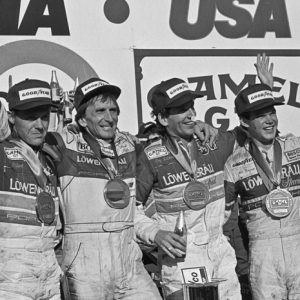 This incredible large scale resin and metal model measures 2 feet long (24×10″ / 61×25.5 cm) and weighs 8 lbs. A small edition of just 75 replicas were built by GMP, and the edition has been sold out for many years. We have just one left, professionally ‘race weathered’ to replicate period photos of the actual car with simulated dirt, grease and oil. The driver door and front and rear clips come off to display a wealth of detail.