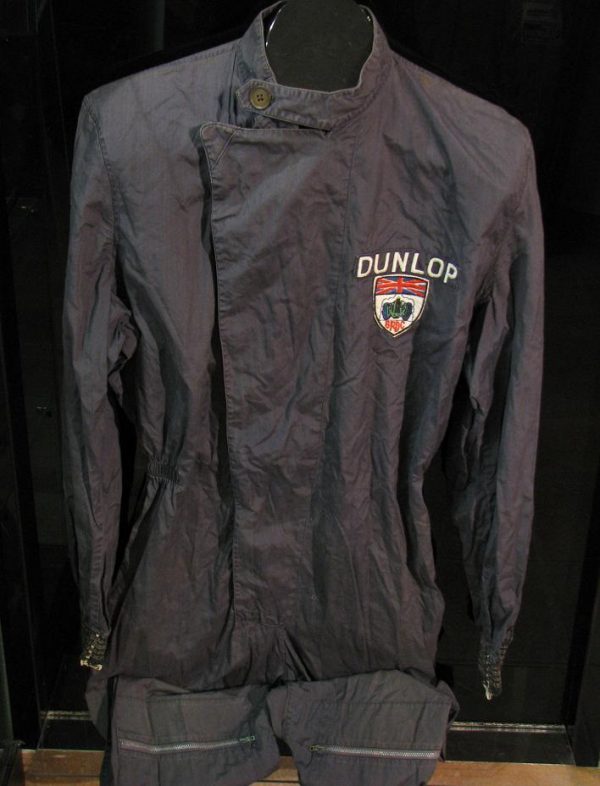 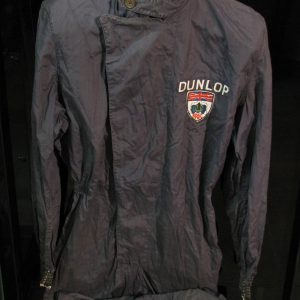 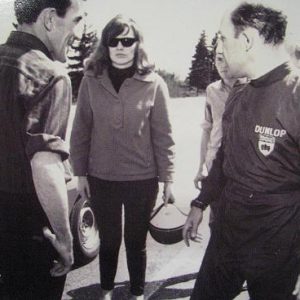 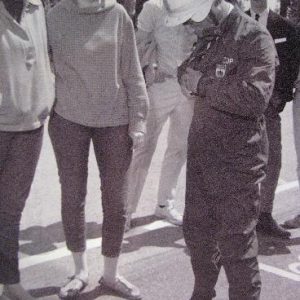 This original one piece dark blue suit was worn at several races including the 1960 New Zealand GP where Moss’ Cooper Climax T51 led but eventually retired due to clutch failure. The uniform is well worn and complete with BRDC patch and Dunlop embroidery. In the earlier years drivers had much less gear and as such this suit was probably worn in sportscar racing i.e. the Maserati Birdcage and other cars.