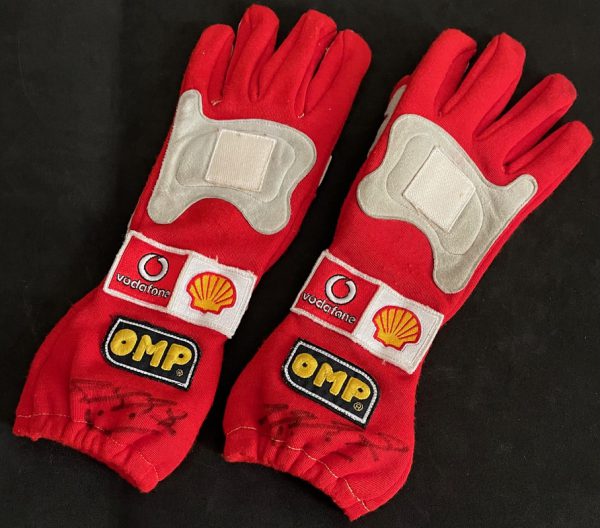 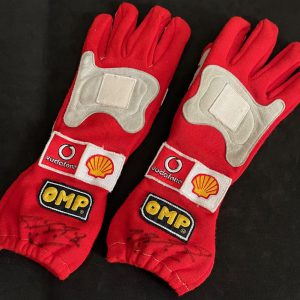 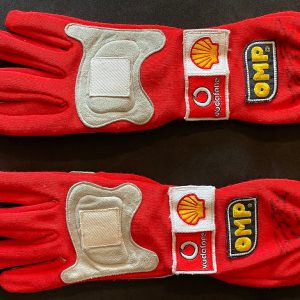 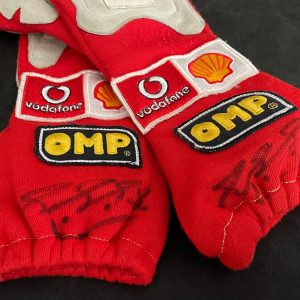 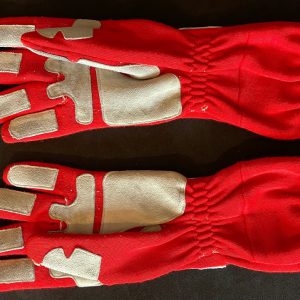 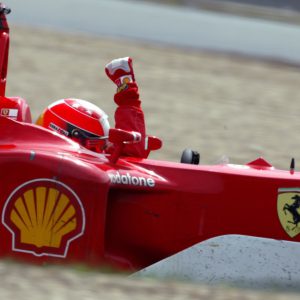 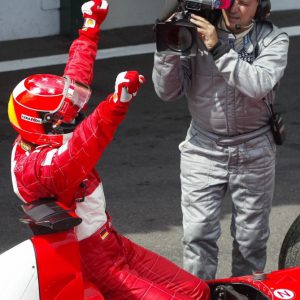 These original OMP gloves were worn in Ferrari F2002 s/n 219 at the 2002 French GP at Magny Cours. This was where Michael’s victory secured his historic 5th Title Win, tying Fangio’s record! They show signs of wear and have been clearly signed by Michael in black marker on both wrists.  Inside they are coded to the production date as well.

This pair of gloves is for someone who wants ‘the best of the best’ – having been worn during a race win in a World Championship season. At Magny Cours Michael not only tied Juan Manuel Fangio’s record for 5 titles, he also set a new record of winning the title only 11 races into a season.

We have sold over 70 pairs of Michael’s gloves over the years and know his items inside and out.

These will of course come with our lifetime certificate.