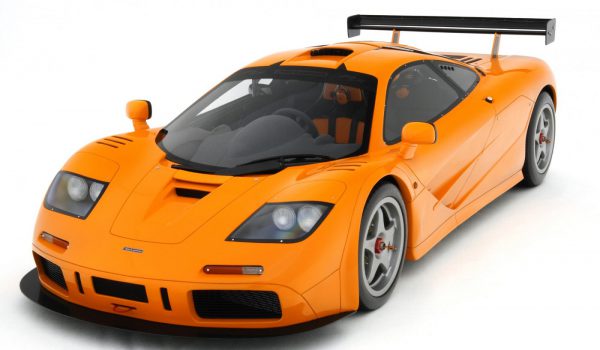 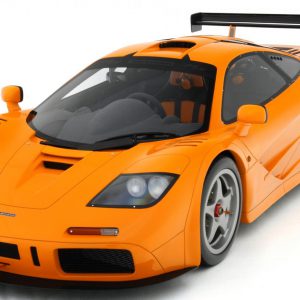 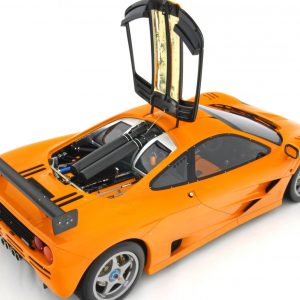 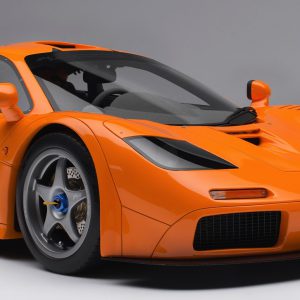 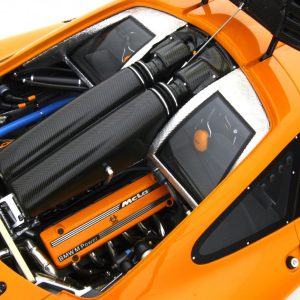 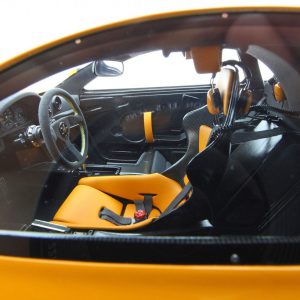 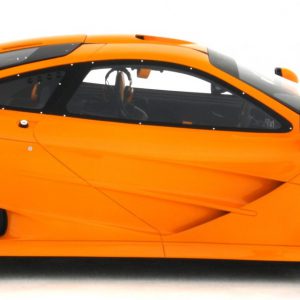 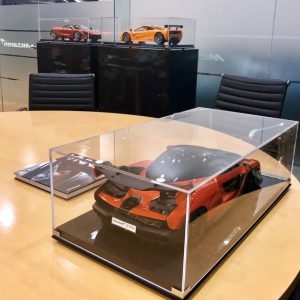 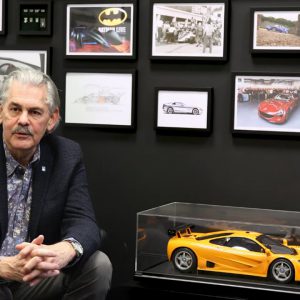 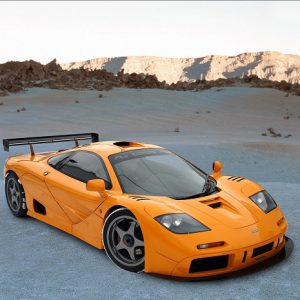 This large masterpiece features full BMW V12 powered engine detail with opening engine bay. It comes with a deluxe carbon fiber base and plexi case cover. This has been built in an exclusive edition of 199 in the UK using CAD files from McLaren. This replica measures 22″ / 56cm long and is made from over 1800 individual components!

The F1/LM is the ultimate supercar – only 6 real ones were made in this special color Papaya Orange  as a tribute to the late Bruce McLaren. Team McLaren won the 1995 Le Mans in a very similar car.