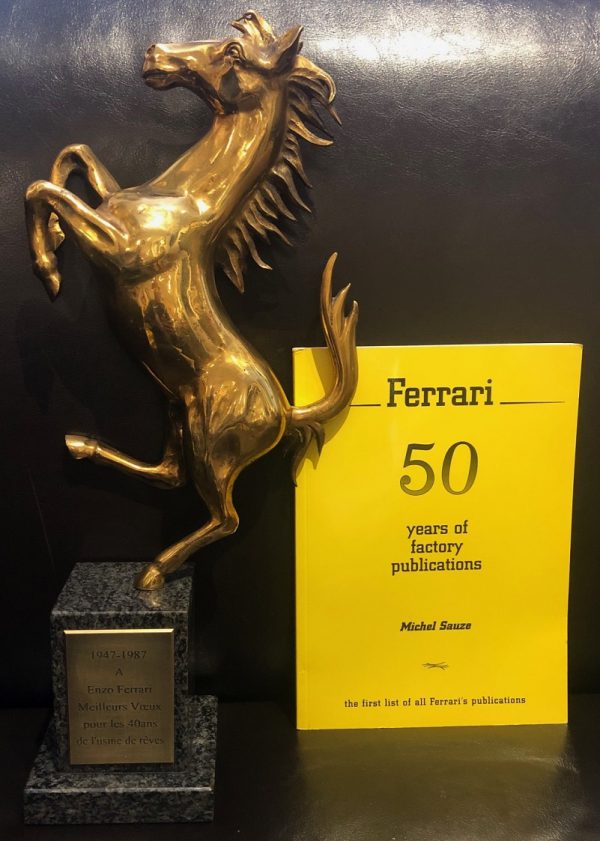 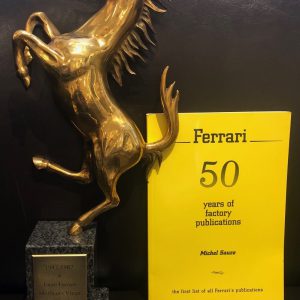 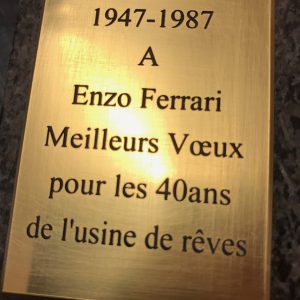 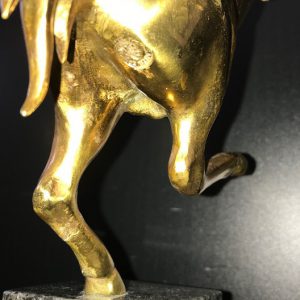 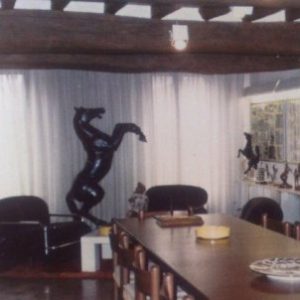 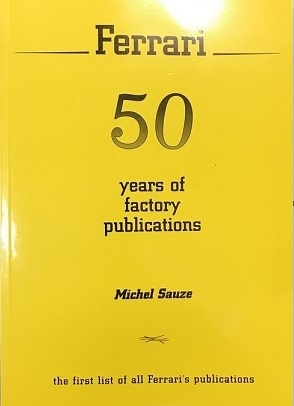 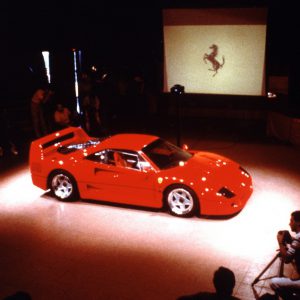 This 15” / 38cm tall solid bronze sculpture weighs about 5kgs / 11 lbs and was one of the last gifts Enzo received prior to passing away the following year. It was given to Enzo to commemorate the 40th Anniversary of the company in 1987, also the very same year the F40 was launched. The plaque reads in French;

This translates ‘To Enzo best wishes for the 40th anniversary of the dream factory’.  This gold horse sat in his office with other similar Cavallinos and awards, as you can see in the reference photos.

This lovely artwork was a gift for Enzo by official Ferrari sculptor and author Michel Sauze.