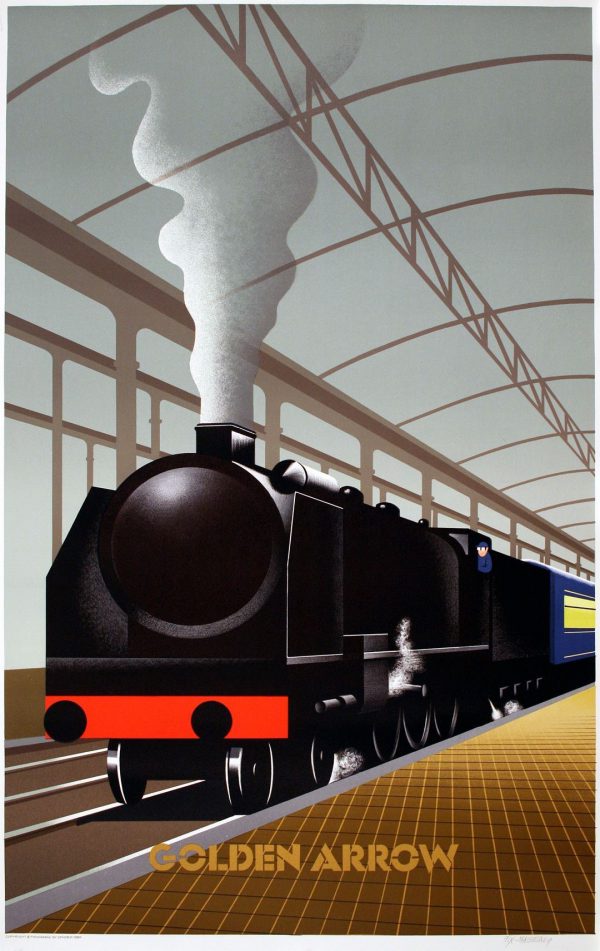 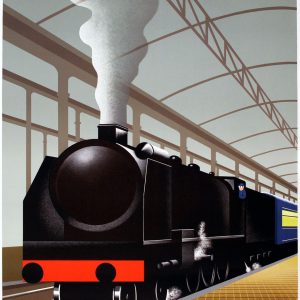 This lovely original poster features artwork by iconic art deco artist Pierre Fix-Masseau. It measures over three feet tall  (24.5×39″) and is in excellent condition. It was printed by Atelier Mourlot  in 1989 in very limited quantities on heavyweight paper.

This Fix-Masseau illustrated deco poster of the Golden Arrow  features crisp colorization, geometric shapes and the precise elegance of the once popular train.  The Golden Arrow (Flèche d’Or) was a luxury boat train of the Southern Railway and later British Railways. It linked London with Dover, where passengers took ferries to Calais to join the Flèche d’Or of the Chemin de Fer du Nord and later SNCF which took them on to Paris. It was introduced in 1926 as an exclusively first-class Pullman with service between Paris and Calais.

Pierre Fix-Masseau (1905 – 1994) was the son of French sculptor Pierre Felix-Masseau. Fix-Masseau worked closely with master designer A.M. Cassandre from 1926 to 1928, who had a profound influence on his art deco style. He is best remembered for his posters featuring railway and automotive themes.

Note: we also have some that have the late artist’s signature for more, CAN$795

1937 Delahaye at Monaco poster by Masseau